You made me think twice. You reintroduced the reckless in me. I wish that night would have been darker, the liquor would have been stronger, the starry sky would have been more picturesque, and the kiss a bit longer. You are as sweet as Abba’s Chiquitita and as bitter as Hendrix’s Voodoo Child. In short, you are Jackson’s Smooth Criminal.

You made me feel beautiful. In the worst of nights, when claustrophobia and agony were the only friends, you made me feel stronger. I wish to laugh my ass off at your stupid jokes. I wish to see that rotund, bespectacled face of yours and bask in its warmth. I miss you.

A stranger in the city of dreams, that’s what I was But miles away, in the city of joy, there was this musician, a dreamer who comforted me.We have always been on the same page yet different. You are the Tambourine man I would love to listen to.Will you play a song for me?

A traveler, a hippie. A certain city would have been impossible without you Mike! I still can’t define our equation in words. We were more like the hippies who were trying to find solace in a cloud of smoke. I hope you are doing well. All I wish is love and luck to you.

Junkie or a dreamer. The most chivalrous man I have ever bumped into. All I would say is Que Sera Sera. 🙂

Phew! And it’s 8 o’ clock now. I am all by myself. Let me chug some beer and contemplate over the could have beens. 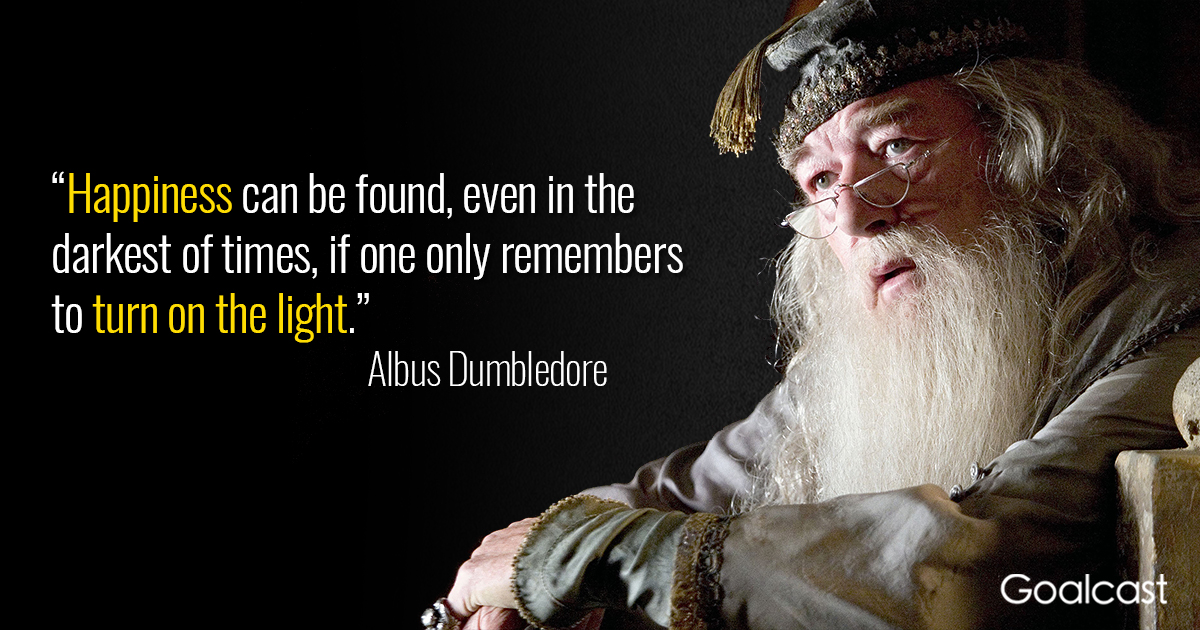 These are dark times; we are uncertain as to what awaits us tomorrow, nay, not just tomorrow but the very next second. We live in a world marked by globalization – a deep inter-connectedness that shapes our everyday. Yet, our mindsets, worldviews remain parochial, incarcerated by narrow domestic walls – the very boundaries Tagore, the grand old Indian poet had warned us against!

Our politics has become vindictive, revengeful, and petty. It has become brutal, inhumane…may be it always was. When ‘senas’ torch school buses ferrying children (I refer here to recent attacks on school going students by the Karni Sena, a right-wing fundamentalist outfit); and which, does not even evoke any words of empathy from the leaders we have elected, it foregrounds the failure and incompetence not just of our politicians but of our very own selves! Other related incidences of carnage also come to mind: the sudden murder of Gauri Lankesh, the vigilantism of Gau Rakshaks [like really does the cow even know that it/she is called a cow in the first place and moreover, is the holy-cow even aware of the fact that she/it is being venerated as a mother by some supposedly rational people? Furthermore, is the holy-mother-cow more significant than our own human-mothers?]

The question is when did we fail? And why did we fail? I believe we failed at that exalted stroke of midnight, when the Indian nation was celebrating its independence, its tryst with destiny in 1947. But, why did we fail? We failed because it was at that very moment we handed our politics over to the ‘politicians’. Charles de Gaulle, the founder of the Fifth Republic of France and a former President of that country had once remarked that politics was too serious a matter to be left only to the politicians; yet we Indians have been guilty of the same!

I recently came across a post by a Facebook user – the ‘user’ sought to convey a simple yet a profound thought, the message posted on Facebook somewhat went along the following lines: governments elected by the people reflect those people in more ways than one. What did the Facebook-user mean by such a statement? An obvious, on the surface-type response would be – yes governments elected by the people definitely reflect their preferences at least when it comes to public policies. But what did the user imply by the phrase: ‘more ways than one’?

Do our elected governments reflect the kind of persons we really are or have become? Do the politicians we bring to power reflect the frameworks of morality we really subscribe to in our day to day existence? Do they reflect that we really are beings who are bigoted, racist and intolerant? During my childhood (I guess it applies to all the readers of this post as well) I used to recurrently hear from my teachers at school that one is known by the company she or he keeps. Such a statement essentially presupposes the voluntary act of exercising one’s choice and that the specific exercise of choosing a friend also reflects the kind of person one is.

Consequently, is it also not legitimate to argue that our governments do reflect the kind of people we really are? After all, our governments become our governments because of a voluntary choice on our part (for the purposes of this essay the Indian political system is understood to be a procedurally fair democracy)! Hence, by the abovementioned logic it must also be the case that our governments do indeed reflect us, to wit the Facebook user I had come across ‘in more ways than one’. Therefore, is the politics of intolerance of the present day something alien to our beings, to our consciousness? Or, is it something that emanates from our very core? Has our baser instincts overpowered our reasonable judgments, political or otherwise? Thus, are we also complicit in the grand design of subordination, social exclusion and violence?

It is my anticipation that the reader of this short piece would vociferously deride and dismiss the above charges. Our intelligentsia would argue: ‘we are shaped by social practices and norms you see!’… ‘Power makes us and it mars us!’… ‘We are mere products of governmentality’. The more everyday citizen would possibly despair: ‘where is the alternative?’…. ‘Our choice effectively is between the worse and the worst’… ‘We don’t have the power to change the system’!

At this juncture, I would urge you to take a deep breath and rethink the reason I had flagged off at the beginning of this essay. I had stated that our collective failure lay in the fact that we had handed our politics over to our politicians at the dawn of independence. Why do I make this statement? Did our politicians not usher in our freedom? Did they not lead the Quit India Movement of 1942? Conventional historiography would definitely highlight the role that the leaders had played! But what about the role of that individual young woman, nameless, faceless, for whom we do not celebrate any specific national holiday, who had burnt Manchester made attires? What about the grandmother who had cooked meals in secret so as to feed that freedom fighter in her locality? What about those young people who could have chosen to be anything or anyone else but gave up their lives so that India at last breathed the air of independence?

Micro-histories such as oral narratives are bringing to the forefront the many sacrifices made by different sections of the Indian society so that the people of India and its posterity could live in peace, and with dignity. Independence was the goal; it was achieved. We professionalized politics, giving rise to indigenous politicians, bureaucrats and the paraphernalia – these people were to be the engineers of the nation, they were to run the state, bring about development. The common person took a step back, became busy with their lives, their own ambitions and dreams. We wore our nationalism on particular days and valorized it for specific moments. We remain ever interested in politics (local, national and global) yet we exercise our political will very rarely. By, political will I do not refer to the periodic casting of the ballot at elections, which has been a rather successful exercise in India and also corroborated by the anonymous Facebook-user! Rather by political will I refer to the belief and the ability to speak truth to power, to make power accountable and to become the agents of a positive change, no matter how miniscule that change might be.

The above prescriptions may seem abstract for the moment. But, they are achievable. How do we go about achieving the same? There are two ways to address the above situation. One way is to turn a blind eye to the very many fundamentalisms that suffocate our society (considering them to be a temporary deviance) at the moment and to delimit ourselves in our own bubbles and to conversations between people with whom we would generally agree.

The other way is a rather difficult one. It, at the very first instance requires us to agree that our choices (be it autonomous or otherwise) reflect certain considered judgments or moral positions (even if they are not the most ideal ones) that we possess within ourselves. It is only then can we really begin to rectify the tendencies that may have gone awry.

For instance, when someone’s creative freedom is being suppressed, even threatened with physical annihilation the best possible starting point towards rectifying the said situation is not by otherising the culprit. It is to inquire whether any tendency within oneself would approve such acts of intolerance or not? If for some reason the tendency to be intolerant overpowers other reasonable sense of judgments then one ought to first fix that particular proclivity. And, thereafter, go about reasoning with our fellow participants (including the ones we elect) who are engaged in this socially cooperative venture known as India that they too can be accommodative, that they too have the power to choose their better selves.

This according to me is what Narendranath Dutta would have urged us to pursue. It is time to prove once again that the pen is mightier than the sword, and it is through myriad interpretations of texts, practices and institutions that deliberative rationality can be achieved. It is time to show that the present dominant narrative circulating throughout the country has certain logical flaws; that this narrative is doing disservice to its fountainhead.

The above passage is not meant to be a sermon. I too am complicit in the failure. However, I remain optimistic, hopeful that our political narrative will change…because hope is the best of good things and without hope life would not have any meaning. May the winds of change be upon us!

@platoscavesonline 's very own editor Abin Chakraborty writes on Independence, Rushdie and the surreality and reality of this traditional midnight.
'August Rituals' review with Ritamvara Bhattacharya
Two poems by Swapna Sanchita.
@blues_and__hues 's amazing poetry on @platoscavesonline with our cave's very own @subarnarekhaaa 's illustration.
It's great to have James Croal Jackson again in our humble cave. The link to Two poems by him is in bio
Poems by Basab Mondal : https://platoscavesonline.wordpress.com/2022/07/10/two-poems-by-basab-mondal/